And just like that, summer is over! I guess there’s technically a couple more weeks of summer, but I’m dreaming of fall over here.  I talked about my lofty summer sewing goals here, and I’m back today to share everything I’ve made since! In the past, I have tried doing monthly sewing goals, but it never really worked out all that well.  However, creating a flexible list that spanned a few months worked out pretty well! With the exception of a few items, I crossed off a good chunk of my list for the summer. This is a pretty lengthy post, but I’m going to try to keep it as short as possible!

Items I finished in June:

Click here to read about my Highlands Wrap Dress!

Ruffled Ogden Cami – I raised both the front and back necklines several inches and added a ruffle (obviously).  Maddie, from Maddie Made This, has a tutorial for a ruffled Lou Box Top and it was easily applicable here! I used the same chambray fabric from Style Maker Fabrics that I used for my first Orla dress.

Farrah Blouse – When the Farrah was released I mentioned I already had the fabric to make a second one.  That was true, but it took me until June to finally make it (major face palm).  I used this fun flamingo fabric from fabric.com.  This made the perfect summery top!

In July I finished:

My biggest month of summer sewing! Thankfully, the Lodo dress and Minttu top were quick sews.  You can read about my Ginger Jeans here and I have a post on Nick’s Fairfield coming soon.

Lodo Dress – I made a size 6 graded to an 8 at the hips using some french terry I’ve had in my stash for a couple years.  I go between hating this dress and loving it. My only reason for hating it is because of my fabric choice — I don’t think the large stripes work for me. However, whenever I make this again, I’ll use a better fabric and probably make a straight size 6.

Minttu – I posted in my Instagram stories a while back about how whenever I put it on I feel like I’m forever trapped.  Don’t get me wrong, I really like how it looks on, but I don’t like feeling trapped.  I think that problem can be fixed next time using a wider stretch stitch than I did.  I used this fabulous modal knit from Cali Fabrics.

Scout Tee – I used this fabric and lengthened the sleeves about 1.5″ and the bodice about 2″.  Not much to say other than I need hundreds more. Oh, and Rifle Paper Co. makes everything ten times better, which brings me to one of the gifts I made in July…

I made a Colfax dress for my cousin for her birthday using some of this Les Fleurs fabric. When we were younger we’d always buy at least one of the same item of clothing, sometimes in a different colorway.  I made myself a Colfax in the navy colorway, so it was fun to make this version with that memory in mind!

I have a post on the Alder coming soon!

Trevi Dress – I made a size 4 and lengthened the dress by about 1.5″ using some rayon fabric I purchased in London a couple summers ago! I took a poll on Instagram stories whenever I was working on it to help choose which buttons I should use.  The majority went to these fun wooden buttons that picked up in — you guessed it — Dallas! They dress it down a bit, but I’m okay with that because that’s the look I was going for.

Toiletry Bag – This was a birthday gift for my friend, Christina! I used Rifle Paper Co. rayon and stabilized it so it didn’t act as much like rayon since the last thing I want in a toiletry bag is for it to be drapey. I’ve made tons of these bags, but this was my first time using piping (also handmade) instead of bias tape for the handle. I was going to use store bought, but this Sew Caroline fabric matched perfectly! I also used it for the inside of the bag.

Whew! That was a lot of sewing I accomplished this summer! I’m planning on continuing with seasonal sewing plans and talk about my process on accomplishing things each month. Check back next week to see what I’m planning on sewing this fall!

Were you able to accomplish a lot of sewing this summer?

This post contains affiliate links.  However, all opinions are my own. 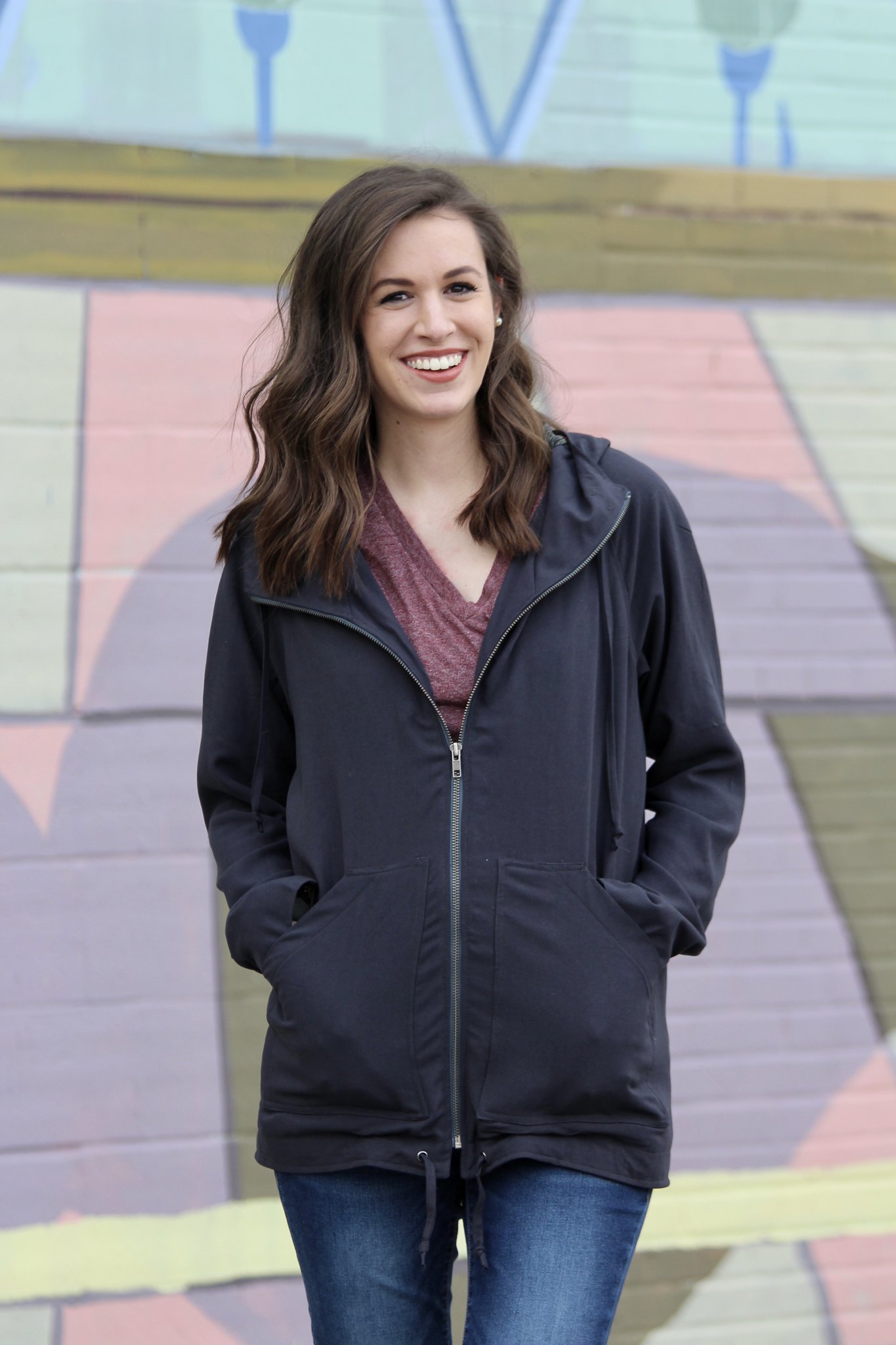 The Latest From Insta